Garbage, in case of Computer Science, refers to data, object or any other part of memory that will not be used in any further program. Garbage Collection in Java is performed automatically.
Normally memory has much space according to programmer’s requirement but sometimes when there is a lot of unused in the memory area, it results in slow processing. 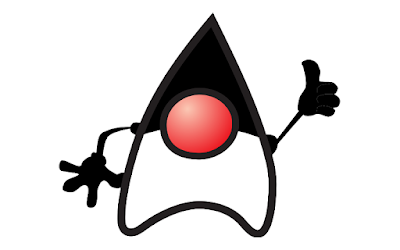 In Java, Garbage collector runs automatically in the lifetime of a java program, It frees the allocated memory that is not used by running process.
In C language and other old languages, it is the responsibility of coder(Programmer) to free memory time to time using free(); function.
You can manually run garbage collector in java, there is a method in System class named void gc();
It suggests JVM(java virtual machine) collect currently unused memory.
System.gc(); is logically equal to Runtime.getRuntime.gc();

There are two algorithms for garbage collection- Mark and Sweep also known as Marking and Collection phase of the garbage collector.
When all available memory has been exhausted and execution of the program is suspended for a while then mark-and-sweep algorithm marks and collects all the garbage values and memory space.
Once all garbage is marked then it is collected and the process resumes.
This is the process of Garbage Collection in Java and same for many other Object Oriented languages.

0 thoughts on “Garbage Collection in Java (Mark and Sweep Algorithm)”

Get maximum discount on Amazon

Hey Friend! Thanks for visiting our site We have detected that you are using AdBlock and we understand your concern but for keeping up this website we need to show some beautifully placed ads. I hope you understand that and support us by disabling AdBlock on this site. Please disable AdBlock in the browser and reload this page to visit my website.

We use cookies on our website to help us offer you best online experience Find out more.